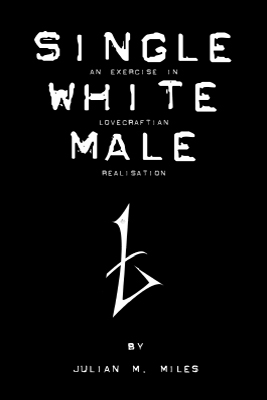 “This fast-paced novella from Julian Miles is a dark, beautifully-written adventure into the Cthulhu Mythos, and ought not be missed.” – Renegade Revolution (For the full review, see the foot of this page.)

It washes everything away, or it brings lost things back: secrets, crimes, lies.

Brannon’s memory is like the tide; he can’t control it, and he can’t hold on to it.

Detective Higgin has a problem that is turning into a nightmare, and Brannon is a part of it – or the cause.

Under the waxing moon, something new is hunting.

Out by the Tide Mills, something old has surfaced.

Before the moon wanes, there will be madness, bloodshed, and revelations.

Only the truth will survive.

All of my modern Cthulhu Mythos horror stories are set in the same universe – The Nighted Kingdom. While each book contains a story with a plot that stands on it’s own, there are connecting themes, further details about the world, and recurring characters. If you want to read them in order, this is the second, set in 2016.

PS: The hardback has a full-wrap cover with original art by Stu Dickson (sketcher298.deviantart.com). All rights reserved. Used with permission. – 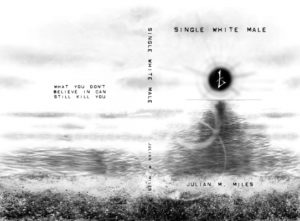 This fast-paced novella from Julian Miles is a dark, beautifully-written adventure into the Cthulhu mythos, and ought not be missed. If you have an interest in Lovecraftian horror, read on.
“He who fights with monsters should look to it that he himself does not become a monster.”
These are the words that open Julian Miles’ latest novella, and they are portentous indeed.
For a story involved in the cthulhu mythos, this novella is a refreshing surprise, free from the trappings of excessive fantasy meandering. From the very first paragraph, it steps straight into the action and doesn’t let up until the adventure is over.

We follow the story of ‘freelance security specialist’ Brannon Fitcham-Towers, a reclusive, troubled enigma of a man who would never dare describe himself as such. Everything about him is all business, all action, all practicality and serious dedication to his task, and he’s come to Tide Mills for a very important reason, the details of which are kept enticingly vague until the end of the novella nears.
But all the while, a shadowy ‘admirer’ is watching him, and a trail of bloodshed follows in its wake. Along the way Brannon brushes shoulders with the local constabulary, and a whole host of side characters who end up embroiled in this arcane, unreal situation.

It’s a wonderfully-constructed tale, one which manages to be both terrifying and intriguing, and combined with the captivating prose (staccato sentences and lean, vivid descriptions), you’ll find it hard to put the book down.

One thing I particularly enjoyed was the way Brannon’s mental state was descibed through action, the way his experiences and his instability was described through vivid, and very unique, writing style. This gave me such a clear idea of what he was going through without having to have it laboriously described to me. And honestly, it did not matter that some was kept intentionally vague until toward the end – for this put me directly in his position, and I felt as though experiencing the story from within one part of Brannon’s mind.

Another thing I really enjoyed was the way the monsters were included. Classic Lovecraftian fare, but the way they were introduced was so alien, so other, that at first I was quite shocked and scared – almost expecting wingbeats and a thud against my own windowpane as I read. By the end of the novel I both loved and feared The Tide, as they are called.

All in all, this was a tight read and is definitely recommended.